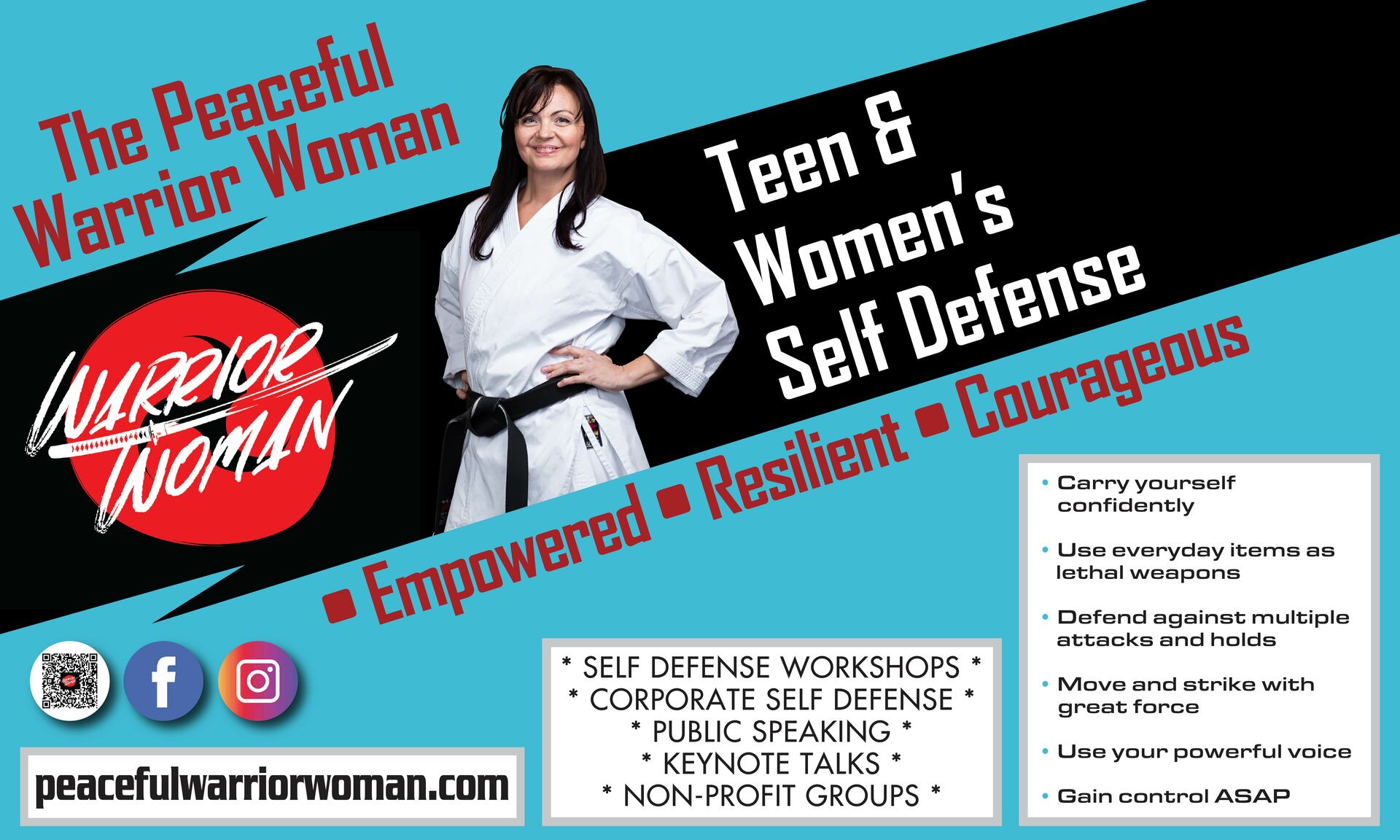 Our teen & women self-defense workshops are specifically designed by a woman for women so you can be your first line of defense.

We are big believers in women being able to protect themselves and even more so, women who feel confident in their ability to do so.

Have you ever been punched by a man before?" And before she knew it, his right fist connected with the left side of her face. The next thing, she was barreling through the sliding door writhing on the kitchen floor in shards of glass.
She was now officially part of an unfortunate yet growing group of women...victims of assault.
According to The Arizona Coalition to End Sexual and Domestic Violence, one in four women will experience domestic violence in their lives and one in five women in the US has been raped in her lifetime.
These statistics are staggering and sadly, they continue grow.
Protecting yourself is of vital importance and having the proper tools and training on hand could mean the difference between life and death.
Tiffany Richards, founder of The Peaceful Warrior Woman, who has experienced her own physical attacks, is helping women become their own first-line of self-defense. “When I opened our martial arts school, I vowed to help as many women as possible learn how to protect themselves and not become a victim,” says Richards. “Learning self-defense and being confident in your own strength will help women of all ages stay safe if they ever encounter a violent situation.”
Richards has trained in martial arts since 1998, is a second-degree black belt and a nationally sought-after self-defense expert.
She’s appeared on multiple news stations spreading the message of the importance of taking control of your own safety. Tiffany has empowered women nationwide teaching for the Girl Scouts, Overland Expo, various corporations, martial arts events and private groups.